I had the privilege to meet this amazing person and had the opportunity to HEAR her story.
I am glad she opened with me and wanted to share her story with the world.
As her wish I will not publish her name and show her face 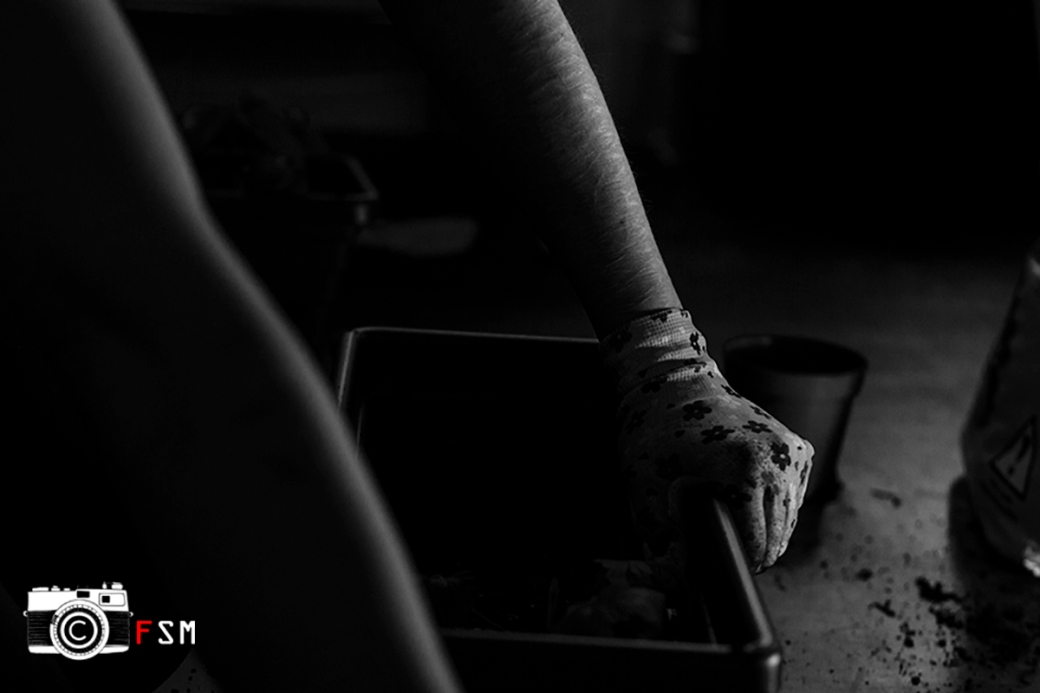 It’s hard to say what happened. I think it was numbers of things to lead me to not like who I was. So it wasn’t just one thing it was lots of things and the feelings of self hate that was so strong I didn’t know what to do with it.

Started of just using blunt things and then it progressing to piece of plastic that were broken.
The feelings, the emotions and thoughts, everything I had while I did it. Didn’t exist. It numbs the emotional pain. For me these were more unbearable than physical pain.
I started to pull the sleeves down. It was really slow to start of with and the thought to use really sharp object haven’t passed my mind. Not at that point.
Then I had a friend that also self harm who gave me a raiser. Once I got that it was an obsession. Constant. I couldn’t be a day without doing it.

My arm was the start. My legs, my stomach. I got one point where I got to choose a part of the body that wasn’t already cut and that’s why I progressed to the other parts of the body. I liked to find new flesh cause I liked to see it. I liked to watch it. If you do it over already cut flesh… for me wouldn’t have the same impact.

In my brain I deserve it. I’m a bad person. It was numbers of emotions and feelings. All of that became addicted. I supposed it’s the same way you start smoking. You know it’s no good for you but you want a cigarette.
Because I hated my self I really enjoyed hurting my self. So there was enjoyed in it. I was fascinated with the human body. If I was feeling really really bad I could push really hard. When I pushed really hard as I swiped the raiser you can literally see the flesh open up. You can see what is inside. It doesn’t instantly bleed. It takes few second. One it starts it’s really hard to stop…

I cut my wrist. Cause I wasn’t living at home I was always trying to build a relation ship with my mum. Cause I loved her and missed her but I don’t know. She wasn’t able to have a relationship with me. There was often visits organised by social workers and staff. She just wasn’t show up. One time she basically told me… I can’t even remember what it was. To me was a rejection. It was like she didn’t want anything to do with me and I was 16. The rejection from my mum was… I think was probably one of the only time I cut to die if that make any sense. All the others time it was cuts to relieve. To make living bearable. It was one of only time I remember cutting cause I actually didn’t want to live and that’s why I did cut my wrist.

I remember people telling me “there is a light at the end of the tunnel” and I was just like “there is no light. I can’t see it. It’s too fucking dark”

I never completely stopped until I felt pregnant.
I guess once I felt pregnant and my experience been in care. I knew if I didn’t stop then my child would be probably taken away from me and put into cares and it’s no something I wanted to. So it was having my first child that made me think “ok, I need to stop”.
Not for me but for my child.

Maybe I did few times in a year after my mum died and then stopped again until I separate from my husband. I didn’t do it straight away after we separated. Must be a year or so after. I guess I was just trying to hold it together and I couldn’t hold it together for much longer. To deal with the pain I had to make pain.

Now i’m not doing it. I don’t feel I need to. I have moments. It’s a pattern when things are difficult it’s the first thing I think to do but just because I think to do it doesn’t mean I do.
I just tell my self now it’s going to pass. The feelings are going to pass. I guess. Tomorrow is a new day and you might not feel the same tomorrow.
Life can be really really tough but it can be also really really nice.

Just talk. That’s all I say to anybody I know or I come across.
It’s not something you opening discuss. It’s something you hide it like something to be ashamed of. Just find somebody to talk to and don’t give up.

Have you ever felt lonely?
I’m not a person that can complain about it too much. I have my family, I have my friends. But it’s true that from when I’m in London I always had this feeling of loneliness.

In the beginning for the language. Couldn’t understand and couldn’t talk. That means couldn’t express my self. Of course with the time spent in here meeting people and speaking only English helped. Now I don’t have any problem about it. Somehow I always can express my self.

For friends. Trying to build up friendships is not that easy. But again I can’t complain that much in this. I am always surrounded by good people. With good people I don’t mean perfect. Lots of arguments in between but I’m not that perfect either. I lost lots of friendships from when I’m here cause unfortunately sometimes you have to choose who makes you feel good or bad. The friends I have now are the ones we put the effort to built up a nice friendship. We are close to each other. Although right now all of them left. Some back in their country. Some quite far to meet up every day for a pint and a chat.
I’m here. Yep. By my self. I know if I really need something I can always call them and sure they will be here for me.

So…anyway…why I still feel so lonely?
Maybe because in the last year I was looking for a partner. Yeah I know. Stupid eh?
To be happy you have to be happy by yourself. True. I agree. But I believe you are happier when you can share things with someone else. Well. That’s what I think. Actually what I feel.
For two years I’ve been by my self. Last year I decided to try to find my partner. As I been in only one relationship for really long time. But this is another story.

Last year I date lots of people. Well…a lot. For me seems a lot. Trying to find my partner. Unfortunately for any of them I was the correct one.
Am I that bad?
All of them always told me that I am a nice person. That they have great times with me cause I’m making them smile. That they think high of me but just they are not ready for something serious. Strange. It seems I always find myself at the wrong place at the wrong time.
I’m writing this cause I just been left again by someone.
I promised to my self to stop dating people but somehow I would really like to meet someone. Getting old and trying to know and build up something takes time.
I don’t know why I started to date this person. Was made me laugh and it felt nice. But again. Wrong place at the wrong time.
Don’t get me wrong. I’m not judging them. Everyone has to do what makes them happy and unfortunately because of this sometimes you hurt someone else. Not because you are bad. It’s just human nature I think.

I don’t know why I’m writing this. Just to share something maybe?
You can laugh at me. Yes you that right now are reading. You can judge. You can say something. Bad or good.
I just wanted to share this cause I think I’m not the only one.